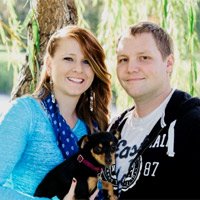 Adam and Marlena Millis met at BYU-Idaho while they were both attending. They were friends for 6 months before they realized they were studying the same major. They have been married for 6 years and have 3 adorable fur babies. Marlena grew up in Idaho and Adam grew up in New Hampshire. After graduating from BYU-Idaho they moved to Utah and are both working in Landscaping.

They enjoy having adventures with one another as well as with family. They enjoy camping, hiking and travelling. They both love being outdoors.

Since Marlena and Adam haven’t been able to have children of their own, they have loved housing and getting to know the kids at Stillwater and having them be part of their family. They love being a part of the Stillwater Housing Team.

Our Son Is So Happy We Made The Right Choice

It is difficult to put into words the effect you have had on our son. One short year ago, we flew to Salt Lake City to entrust our son to your staff. Although I was apprehensive to leave him, it was a (…)

I strolled into Stillwater Academy thinking that I was only coming for an hour counseling session. I never knew that this day would be the beginning of my new life. I knew my parents were concerned but I just didn’t care. (…)

I Wish We Had Placed Our Daughter In Stillwater First

I wanted to write this letter in the hopes that other families won’t have to go through what we did in finding the right place for my daughter. I only wish my educational consultant had recommended Stillwater Academy in the very beginning. (…)